One simple solution to this problem is to move the catalytic converter closer to the engine. This means that hotter exhaust gases reach the converter and it heats up faster, but this may also reduce the life of the converter by exposing it to extremely high temperatures. Most carmakers position the converter under the front passenger seat, far enough from the engine to keep the temperature down to levels that will not harm it.

Catalytic converters in diesel engines do not work as well in reducing NOx. One reason is that diesel engines run cooler than standard engines, and the converters work better as they heat up. Some of the leading environmental auto experts have come up with a new system that helps to combat this. They inject a urea solution in the exhaust pipe, before it gets to the converter, to evaporate and mix with the exhaust and create a chemical reaction that will reduce NOx. Urea, also known as carbamide, is an organic compound made of carbon, nitrogen, oxygen and hydrogen. It's found in the urine of mammals and amphibians. Urea reacts with NOx to produce nitrogen and water vapor, disposing more than 90 percent of the nitrogen oxides in exhaust gases

prev: What does a muffler do? next: Pollutants Produced by a Car Engine 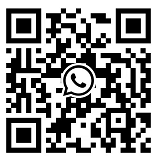